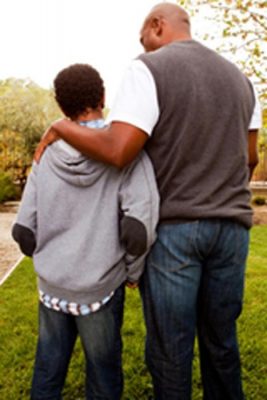 It’s rare to meet a teen who doesn’t want to know if they will continue to be loved when they’ve made mistakes. Loving someone seems easy when everything is going well. However, it’s quite different when your teen breaks your rules, and their life spins out of control. In those times, the best way to demonstrate your continual love for them is to take care in the way you confront their misbehavior, avoiding toxic words and wrong motivations.

The first step is to let your teen know why you are confronting their misbehavior. It is that you love them and want to help them avoid bigger problems later in life. Demonstrate this by your demeanor and respect for them, assuring them that you will move toward them in times of difficulty and struggle, not away from them. Tell them that you can’t possibly love them any more than you do, and you’ll never love them any less, not even when they are at their worst.

Focus On Behavior, Not the Child

Be mindful that your teen knows what they have done, and it’s already uncomfortable for them without adding verbal or emotional fireworks. Focus on fixing the behavior, not the person. Keep the “you” and “your” words out of your communication.  For instance, “These behaviors are unacceptable,” not “Your behavior is unacceptable.”  It is a subtle but important difference.  Remember, behaviors can be changed, but people rarely do, and using “you” attacks them as a person.

Rule:  keep the word “you” to a minimum when talking to your teen, other than praising them or saying positive things about them or their character.

Also, avoid using definitive words like “never” and “always” in such discussions. Statements like “You never listen to me” or “You always come home late” attack their character, not the behavior. The more you attack their character, the more likely they’ll feel the need to defend themselves and their actions in return. They may even begin identifying with the behavior and work hard to live up to it, thinking, “I’m just the black sheep of the family.” So make it clear that they have it within them to do better, that they are better people than their behavior demonstrates.

Only Say Things That Help The Situation

Getting what you want from a discussion with your teen has nothing to do with how right you are and how wrong they are. It has everything to do with your motivation and approach. Ask yourself, “Will my approach move this discussion to a positive resolution or away from it?” “Could my words increase our mutual respect for one another or decrease it?” And finally, “Will my words encourage my teen to improve, or encourage them to just hide their behavior from me in the future?”

So, be sure to check your attitude and hurt feelings at the door before approaching your teen about an issue that needs to be addressed. Focus on what you are trying to accomplish, not on how you feel about the situation. Inappropriate motivations can all too easily sneak into your conversation, which will interfere with bringing about positive results.

• Don’t unload your frustration. Don’t dump on your teen – they’ll resent it. They probably already have enough frustrations of their own.
• Don’t prove yourself right and your teen wrong. It is not a matter of who is right and wrong; it is a matter of dealing with the matter at hand and solving the problem.
• Don’t crush them into submission. This is a negative response to a poor choice and sets a terrible example. It usually doesn’t work long-term and will give your teen the desire to take revenge, another inappropriate response. Never threaten or demean a teenager into changing their behavior. They might appear to make the change when they are around you, but they’ll do the opposite behind your back.
• Don’t try to change them into something or someone else. Teens don’t change based on what their parents tell them. Instead, they change when they want to and respond to the consequences or pain they experience from making a bad decision. And most kids are already uncomfortable in their own skin, so telling them that they need to change to be accepted by you only makes them more confused and uncomfortable.
• Don’t threaten them. Anything more than stating that a consequence will be applied should they step over the line is bullying them. Empty threats are even worse. Your teen will come to know you don’t really mean what you say when you don’t enforce threatened consequences.

Appropriate motivations and goals to focus on as you have that talk:

• DO be clear and concise and make sure your teen understands your concern for them.
• DO better understand your teen or communicate you’d like to understand them better.
• DO give them rest from a wearying situation — yes, their transgressions can be emotionally burdensome.
• DO more clearly communicate your household beliefs, rules, and consequences.
• DO solve the one problem at hand (not every problem) to prevent it from happening again.

You’ll notice that “To solve the problem” is last on that list, not first. That’s because you’ll never get to really solving the problem unless you first work on the relationship. And you’ll never solve all problems at once. Problem-solving demands a good relationship and trust by your teen that you have their best interests at heart.

Be careful not to interpret this as saying that a parent should act subservient or apologetic to a teen when they are confronting inappropriate behavior. Say what you mean when you speak, and mean what you say, but choose words that won’t cause your teen to have to defend who they are as a person, and make sure your motivations are right.

Tone Can Be Important

It is also recommended that you add some levity to the discussion. It reduces the tension and allows you to focus on the issue without sounding angry or upset. And sometimes, it doesn’t need to be a long, drawn-out discussion. For instance, when trying to confront kids with a big smile, saying something like, “Wow! You really blew it! What happened? ” Approaching it this way tends to make the teen respond, “Yeah, I guess I did.” Getting them to agree and take ownership of their mistake is a healthy first step. And asking them “what happened?” allows them to respond and explain themselves without inferring that it was all their fault.

After they complete the assigned consequence, have another chat. Reassure them that the error is now forgotten and that it is water under the bridge, thereby restoring open communications. Again, express confidence in them that they have it within them to avoid making that mistake again. Maybe even offer some advice from your own mistakes in life to help them from making the same mistake again.

The way that you manage confrontation is more important than you may think. How you relate to and interact with your children at such pivotal times will determine the quality of your relationship with them in the future. In addition, how you stand with them even in their times of misbehavior will determine if your children will mature into caring, loving, and responsible adults.