Ushering Boys Into Independence Can Be Difficult

Home » Ushering Boys Into Independence Can Be Difficult

We want our children to become independent, to be able to take control of their own life. But their choices won’t always be in line with ours, and that’s when we can feel rejected as parents instead of seeing it as a positive thing. 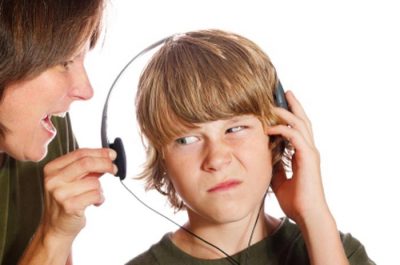 A natural and essential part of your child’s maturing process is to make choices for themselves. Every decision they make is another step along the path from total dependence at birth to maturity and independence when they leave home. But not every choice teenagers make is going to seem “right” to you.

There is a process they go through to establish their own values, which often includes rejecting our beliefs and even rejecting us for a time. So, when they make a choice with which we disagree, we have two options.  We can step in and assert control over them (treating them as a child again) or work through the process with them, taking time to understand why they made the choice they did.  Do the latter.  Here are some tips to help you work with your teen through this sometimes painful process.

When your adolescent child is doing things and making choices against your values, it’s easy to blow it all out of proportion.  That’s what you did when they were younger.  But now they are on the edge of being an adult — they need to begin making their own choices.  So, rather than immediately condemning and preaching, begin to position yourself in the role of a coach and mentor.

If you have done your job instilling values in your kids in the earlier years, they already know when they’re doing wrong as teenagers.  You don’t have to tell them again and again and again.  That badgering will wear out your welcome in their increasingly independent life.  They are already struggling with feelings of guilt and confusion, so they need a positive, encouraging voice in those teaching moments.

Now, you shouldn’t approve of what they’re doing or forsake your role as a parent.  What’s right and wrong doesn’t change, and consequences still need to be applied.  What I am suggesting is that you maintain your relationship in such times in a way that you will be able to continue to speak truth into their heart and be heard. Start by talking through various options available to them until they can identify what would have been a better course of action.  This process promotes independence and good decision-making skills.

Your attitude when your teen makes mistakes is critical.  Don’t shame your child.  Don’t say, “I told you so.”  Don’t  say, “You never…” or “You always…”  Those remarks do nothing to enhance your relationship, and they can counteract the effect of consequences.  Instead, offer them advice only when they seek it, and hold your tongue to keep from provoking them.

It’s common to hear a teen say, “I don’t need you anymore.  I can do it on my own.” Of course, there’s something in the heart of parents that don’t want to hear those words (sometimes delivered in a loud and angry tone), but those are good words.  They show a drive for independence that your child will need to launch into life on his own.  Now, in reality, you and I both know that if you shut off the electricity to his room, he’d find out real quick that he does still need you, but don’t let those words drive a wedge between you.

Instead, accept those words for what they are and work to find ways to promote independence.  Along with their desire to be independent in their decisions, they make them responsible for their own daily life, like getting out of bed in the morning, managing their own finances, and getting a job for a few hours a week.  This is a great way to show them the responsibility that goes along with being independent.

There’s a difference between struggles in the home that occur due to outright rebellion and those due to hormones and the normal growing process.  A rebellious teen will end a fight with a slammed door and a feeling of satisfaction.  A teen who is trying to process a changing world and find her place in it is more likely to show up with an apology a few minutes later (or at least act apologetic).  Full-blown rebellion is an intentional rejection of parents and their values—a deeper hatred for them and their values–and it’s actually pretty rare.

If we respond to our teens’ hard times and struggles as if they are rebelling, we risk alienating them and damaging our relationship when they need it most. Instead, try to get beyond the surface to understand exactly what you’re dealing with…and remember the transfer to independence that’s underway throughout the process.

Most kids do a good job of stepping up when they’re given responsibility. However, if we wait until we think they’re ready, the seeds of rebellion from frustration may already be growing. By gradually increasing their responsibility and freedoms before we think they can handle them, we are helping prepare them for the future and preventing the negative feelings that they aren’t trusted.

It’s tempting for parents to make all the choices for their teens. It’s faster, and there isn’t a battle every time. But making decisions for your teen can be destructive to their independence. Decision-making is a skill that only comes with practice. It isn’t something that’s magically conferred on them when they turn 18 or 21. Letting them make choices means that they will probably do some things wrong and make poor choices, but they’ll learn from those, too.

For example, instead of telling them what time to get up, ask them what time they think they should get up, and remind them you will not take them if they are late. If they say 7 o’clock when you know the bus comes at 7:15, just say, “Okay.” Then, after they miss the bus and have to find their own way to school, they may reconsider their decision—but they will have learned the lesson rather than having you choose for them. Let them figure it out on their own.

Don’t Continually Force Your Opinion on Them – Instead, Ask Thought-Provoking Questions

We sometimes don’t trust what we have taught our children. Did you ever plant a garden or some flowers? What happens if you yank the seeds out every day to see if they’re growing? No plants and no flowers! Give the truths that you have poured into their hearts and minds some time and space to take root and grow.

Some things simply don’t matter that much. They may matter to you, but do they matter to your child’s future? Some parents spend a lot of time focusing on minor things like appearance. Even if you don’t particularly love their latest haircut or shirt style, if it isn’t an issue of modesty, it’s not worth making a federal case out of it. Allow them the freedom to express their own personality.

The music we liked as a teen drove our parents crazy. They couldn’t understand why we liked that “noise.” But even though we may not like a particular type of music a teen enjoys, music shouldn’t be our focus if they are suicidal, on drugs, or dealing with major anger issues. We need to spend our time on most things and allow the teens to develop their own tastes. It’s amazing how much their tastes will change over time, and before long, they’ll like much of the same music you do. For now, they will mostly listen to what their friends are, so they can keep up on it and not appear to be out of touch with their culture.

Most of All, Don’t Ever Give Up!

Just because a child rejects you or your values, at whatever level, don’t give up or walk away.  And don’t take it personally.  Usually, the worst kids become the greatest and most appreciative ones once they get on the other side of it.

Ushering Boys Into Independence Can Be Difficult

There is a process children go through to establish their own values, which often includes rejecting ours, for a time.